By now you must’ve heard about Alex Hannold. 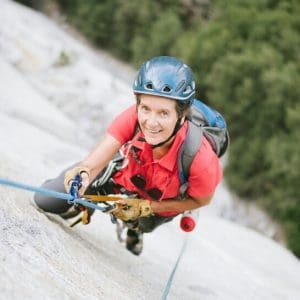 He climbs up rock faces alone and without ropes. You may know about Free Solo, which won Best Documentary film at the Academy Awards this year.

But you may not know about his mother, Dierdre Wolownick. In a recent interview, Wolonick discusses how both her children have inspired her out of her “black hole”.

And I was not. I was completely taken by obligations, one hundred percent, for years. And it’s a horrible place to be. You have no self left.

Once in a while, I would join one of them—I’d go on a bike ride with Stasia or something—and it was wonderful. I learned to seek out the bliss moments, and little by little, I re-found that in my life thanks to them.

Little by little, they drew me back into life, as it were, after this period of hell. And I just went oh-so-willingly.

Motherhood looks a lot of different ways for different people, may we each give back to that person the life the give us.

Kelsey White is a traveler and a dedicated June Dresses participant who loves to share stories of empowering women.